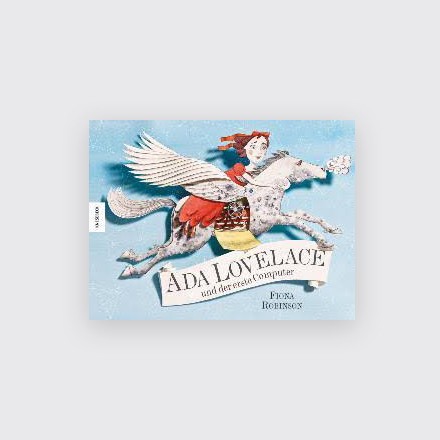 Fiona Robinson . ADA LOVELACE
Once upon a time there was a girl named Ada and the numbers were her best friends ... This picture book biography tells the fascinating story of the computer pioneer with amazing illustrations in collage style! Daughter of the poet Lord Byron and a mathematician, she deals from his early youth with mathematics. The imaginative girl is enthusiastic about the technical inventions of industrialization and meets Charles Babbage, the inventor of the »Analytical Machine« at the age of 16. Ada develops a complex program for this precursor of the modern computer and is considered the first female programmer in the world.
€12.95 *